The Qatar Airways Travel Festival is back and better than ever. Don’t miss your chance to choose a dream deal to any of our amazing destinations.

Also during promotion you can participate in sweepstakes.

HOW TO PARTICIPATE IN THE PROMOTION-SWEEPSTAKES:
a. Book a Qatar Airways ticket on www.qatarairways.com/travelfestival during the Promotion Period. All confirmed tickets issued until the end of each day of the Promotion Period will be included in the sweepstakes on the next day. 8 sweepstakes will be conducted during the Promotion Period.
b. Bookings where the ticket could not be issued for any reason whatsoever will not be included in the sweepstakes.
c. A total of 616 prizes will be given away during 8 days through random drawing from all eligible entries during the Promotion Period. The first draw will be held on the 30th of August, 2016. The last draw will be held on 6th of September, 2016.
d. Once a potential winner has been selected, he/she will be each sent a prize announcement email using the email address provided at time of booking. The winner will have to download a prize voucher from the link provided in the prize announcement email within no later than twenty (20) days of the email being deployed from Qatar Airways’ servers.
e. The prize redemption process will be detailed in the prize voucher.
f. If a potential winner does not meet the eligibility requirements or does not download the prize voucher within the specified time, the Sponsor reserves the right to forfeit the prize.
g. The Sponsor accepts no responsibility for entries lost, damaged or delayed, or due to computer or information technology errors in transit. 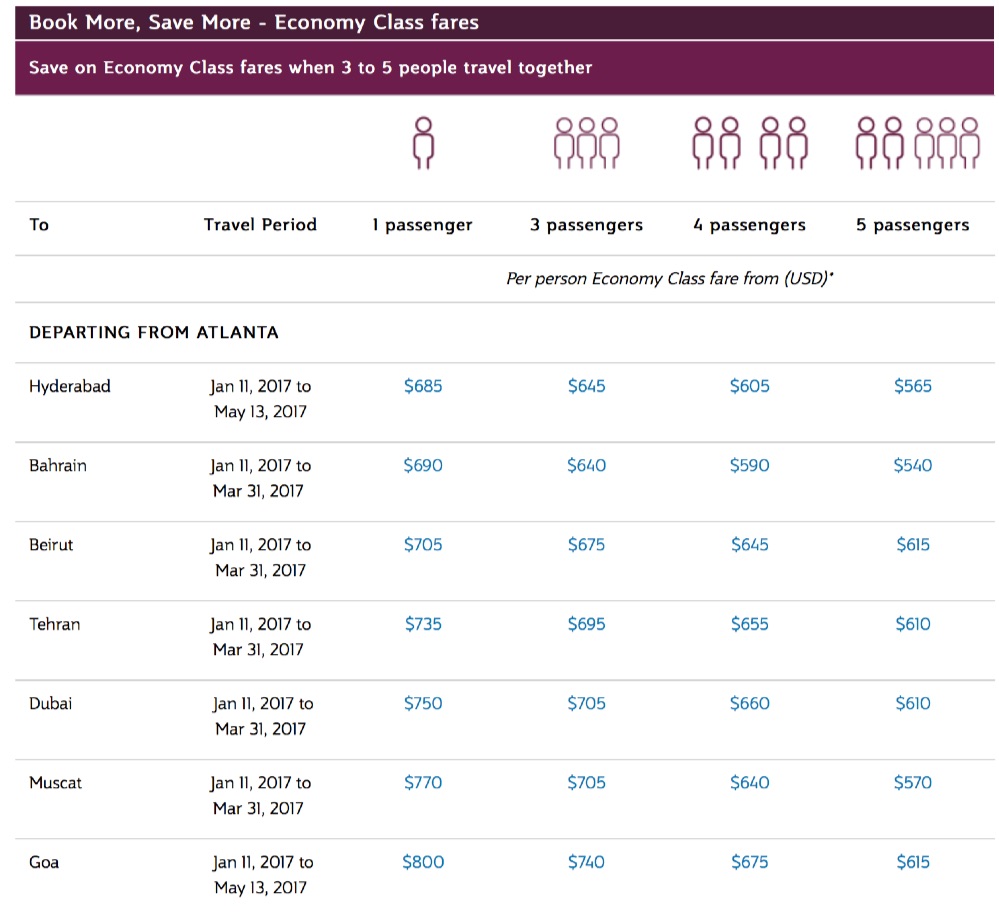 Do not forget about: HOTELS, CAR RENTAL and  ACTIVITIES.

30% off from Southwest to/from Hawaii, Mexico, the Caribbean, and Central America.

Spring into Spring Sale from Southwest; fares from $45 one-way

You cannot print contents of this website.
We use cookies to ensure that we give you the best experience on our website. If you continue to use this site we will assume that you are happy with it.Ok